Superfund sites are hazardous contaminated areas that are in need of long-term cleanup. The Kin-Buc Landfill in Edison, New Jersey is just one of the many superfund sites in the state (EPA Superfund Program: Kin-Buc Landfill). Now an inactive landfill, the 220-acre site was active from the late 1940’s up until 1976. From 1971 to 1976, the landfill was used for municipal, industrial, and hazardous waste. Hazardous waste was accepted up until 1976 and was discontinued when the state revoked the landfill’s permit for violating environmental regulations. The hazardous liquid waste that was dumped at the site seeped into nearby creeks, resulting in Polychlorinated biphenyls (PCBs) pollution (EPA Superfund Program: Kin-Buc Landfill).

PCBs are organic chlorine compounds that form oily liquids used in electrical equipment such as transformers and capacitors. PCBs are also found in hydraulic fluids, heat transfer fluids, lubricants, and plasticizers. These chemicals were used due to their resistance to extreme temperature and pressure. In 1977, the production of PCBs came to an end and by 1979, the EPA officially banned the use of PCBs due to their negative environmental and health effects (Illinois Department of Public Health).

The Kin-Buc Landfill is highly contaminated with PCBs. These chemicals pollute the air, water, soil, and sediments within the area. Nearby bodies of water such as Edmonds Creek, Rum Creek, and the Raritan River all have PCBs detected in their waters. Other pollutants such as volatile organic compounds (VOCs) and heavy metals have been detected at the landfill as well (EPA 2016). 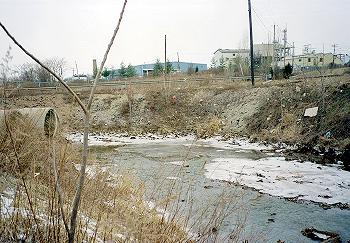 We visited the Kin-Buc Landfill, but unfortunately could not gather much first hand data due to the site’s restricted access. This necessitated our usage of online third-party sources. These online sources were especially useful as they were written by scholars with more academic or governmental expertise in the field as well as the financial backing to perform detailed studies. Online sources include official government and organizational websites providing reliable information.

Mechanisms through which PCBs are released into the environment

PCBs are emitted into the air, water, soil, and sediments in the surrounding areas from which they were emitted. Landfills are the primary locations where PCBs become released into the environment (Green Facts). PCBs are generally released through leaks and spills from transformers and capacitors that are found in these landfills. PCB pollution may also occur from improper storage and disposal of the chemical or municipal waste incineration (Green Facts).

According to the Illinois Department of Public Health, it is estimated that more than half of the PCBs produced have contaminated the environment. PCBs may be sustained in the environment for a long time as they have a strong bond with soil and sediment. PCBs that pollute nearby bodies of water may flow to major rivers and streams (Illinois Department of Public Health). The Kin-Buc Landfill, riddled with PCBs, contaminates nearby creeks and affects the Raritan River as levels of PCBs have been detected in sediment samples (EPA 2016).

Effects of PCB pollution on the environment

The effects of PCBs pose a significant hazard to the environment. Around 1.5 billion pounds of PCBs were produced between the 1920s and 1979 from when they were banned (National Ocean Service). Despite the discontinuation of their usage, PCBs remain in the soil, water, and air of many areas (especially near landfills). The International Agency for Research on Cancer and the Environmental Protection Agency have labeled PCBs as carcinogenic. The effects of PCBs on humans include causing several forms of cancer, disrupting hormone functions, and causing immune system, thyroid, and developmental problems (Clearwater News & Bulletins). PCBs are often dumped in rivers that contain fish; those who end up eating that fish (whether they are aquatic or terrestrial) will ingest some of the PCBs in their bodies through bioaccumulation. While leaking into rivers and soil, some of the PCBs are released into the air; studies have found that levels of PCBs are greater in urban and industrial areas than rural areas, and are most concentrated in indoor air (Green Facts).

The fish depicted in Figure 2 had twice the levels of PCBs as the national average. 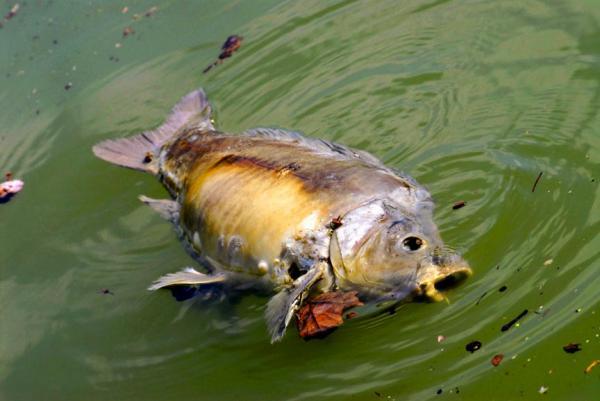 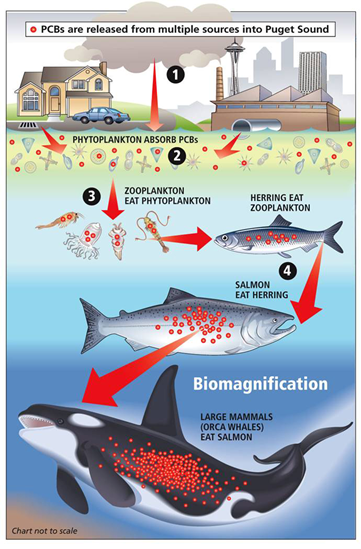 PCBs are an environmental hazard that slowly kills off animals and humans. The pollutant is in the air that we breathe and is in the lakes and rivers that we fish in. Even though use of the chemical has been banned in the United States, it is still lingering around today. Finding a way to lessen or eliminate the presence of PCBs in the air and water is ultimately necessary.

In discussing solutions to PCB pollution, we can divide them into two categories: those which seek to preemptively stop leaching of PCB and those that seek to destroy PCB which has already entered the environment.

Leachate management systems aim to control the amount of leachate released into the environment as well as the concentration of contaminants in the leachate. Preventing water infiltration (the process of groundwater entering soil) is the most effective way to control leaching of non-biodegradable waste, and this can be done through the use of a landfill cap system (Heyer and Stegmann).

Figures 4 and Figure 5 depict an example of a drainage system. 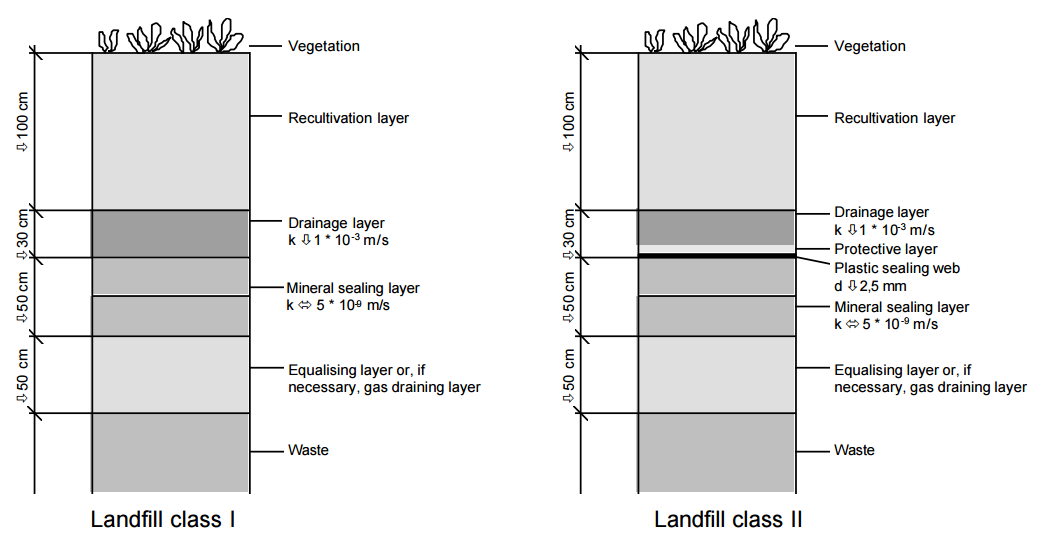 Various methods can be used to either isolate or degrade PCBs. In the process of thermal desorption, heat is applied to contaminated soil in order to separate the PCBs (FRTR 2002). In one study, heating PCB-contaminated soil at 600 °C for one hour achieved a PCB removal efficiency of 98.0% (Qi, Chen, Bai et al. 2014).

Incineration is a common and effective way to degrade PCBs; however, it can also cause the spread of harmful dioxins and furans into the environment. Supercritical water oxidation (SCWO) adds an oxidant to supercritical water in order to degrade organic contaminants; this technology achieves >99% destruction of PCBs through subjecting water to very high temperatures and pressures. The Catalytic Extraction Process subjects waste to a bath of molten metal, with the unique advantage of creating useful materials from organic contaminants like PCBs; it however produces harmful gases that would need to be cleaned separately (Rahuman, Pistone, Trifirò, & Miertus 2000). There are many more technologies that serve to either isolate or destroy PCBs, but no single one exists without drawbacks.

It is clear that a multi-faceted approach is required to address the issue of PCB pollution. Leachate management alone is not enough, as it only delays the inevitable introduction of PCBs to the environment. The PCBs must not only be separated from soil and groundwater, but must be converted into harmless substances if the problem is to be solved completely. Continuance of innovation in the technologies that can degrade PCBs must occur if PCB pollution is to be ended without unrealistic costs or additional damage from harmful conversion byproducts.

PCBs pose a threat to the environment when they leach into groundwater and soil. The bioaccumulation of PCBs has led to health problems in animals and humans. In order to end PCB pollution, the chemical must be isolated, degraded, and destroyed. Through advanced innovation and the proper methods, the Kin-Buc Landfill and all other environments polluted by PCBs could be decontaminated with time and effort.